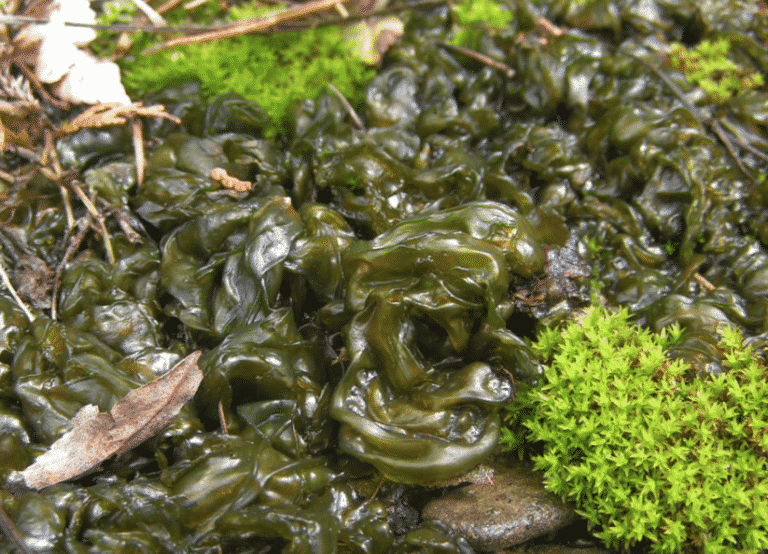 Hot, dry weather like we’ve experienced recently can lead some homeowners to overwater their lawns. In the following article, originally published in the CAES News at the University of Georgia, Coopoerative Extension Turfgrass Specialist Clint Walz outlines an unwanted result of overwatering—slimy algae that can be difficult to control.

The jelly-like matter is Nostoc, a genus of cyanobacterium formerly classified as blue-green algae. The algae commonly known as star jelly and witch’s butter, among other names, may appear suddenly in lawns and other turf areas in warm temperatures following a period of rain, and the algae can also be an indication of overwatering.

In turf, Nostoc generally emerges on a site where the grass is growing poorly due to severe compaction, overwatering or both. It does not cause the turf to decline or die, but it does colonize areas where it has favorable growing conditions and the grass was already thin.

Poor drainage and compacted soils create a favorable environment for Nostoc. It dries out when moisture or rainfall diminishes, but it has only gone into dormancy. With enough moisture, it will come back to “life.”

In its hydrated, gelatinous, green state, it can be a safety hazard because it’s slippery—so be careful walking on it. However, when it dries out, it can restrict turfgrass growth. Nostoc dries into a black crust that can prevent stolons (commonly called runners) from rooting, or “tacking,” into the soil. This delays the growth and spread of turfgrass. 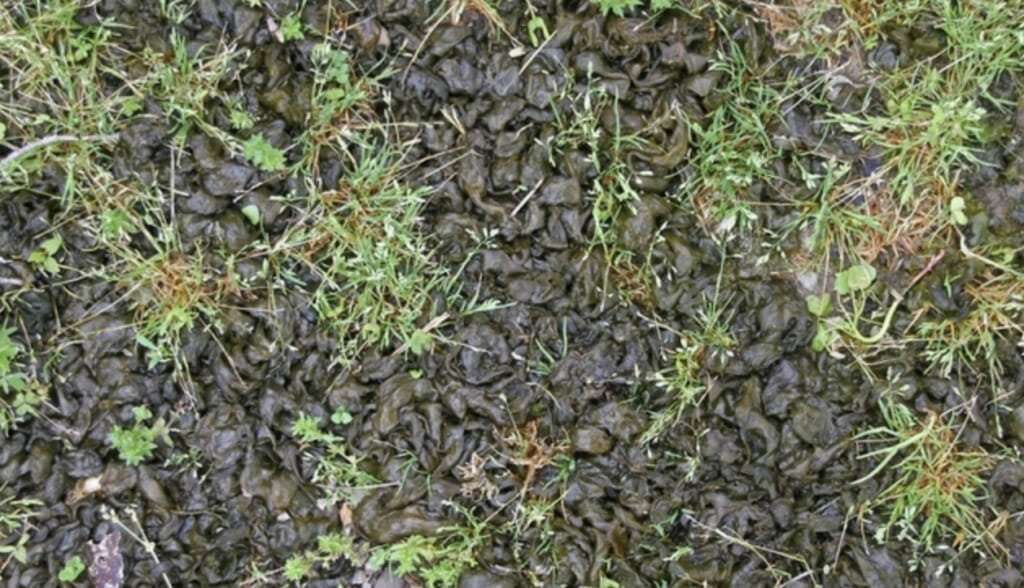 How to Control Nostoc

Nostoc can be difficult to control. To discourage its growth, encourage the growth of the grass. Algae is less of an issue with an actively growing turfgrass canopy.

With proper irrigation and core aerification, the grass can cover and eventually predominate the area where the Nostoc was present.

If you have something unidentifiable growing in your grass, give our Certified Turfgrass Professionals a call at 770.832.8608 or email at info@NGTurf.com.