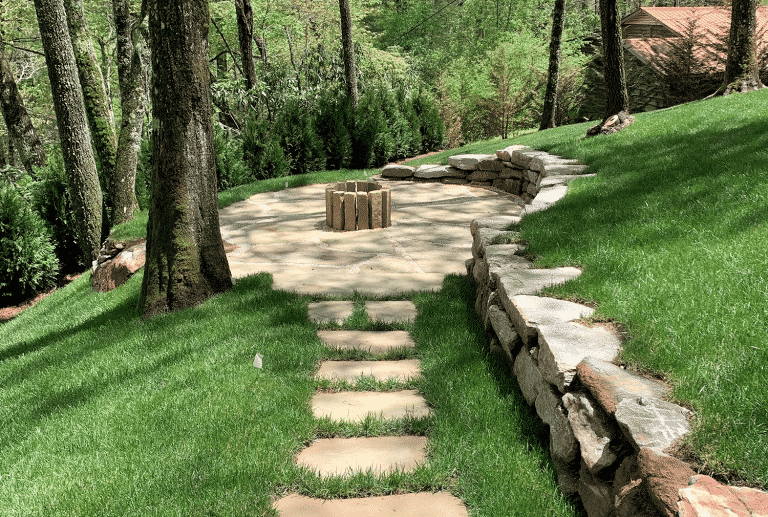 Anthony Prosser, an Englishman turned Floridian, purchased a 60-year-old cabin in the woods of Highlands, North Carolina as a vacation home. Measuring just under three-quarters of an acre, the entire lot was forest. Prosser declared that the first order of business was to clear out some of the mature trees and open up the canopy to allow grass to grow.

“I guess it’s an English thing,” Prosser smiled, “I just wanted a proper garden.” In addition to the desired aesthetic of a grass covered lawn, he also wanted to provide room for his two golden retrievers to roam.

“Two guys did the whole project, and it took about six to eight weeks,” Prosser said. “It looks beautiful.”

After clearing the lot, Prosser opted to keep 28 of the original mature trees, so the lot still receives ample shade. “About 20 percent of the lawn gets sun all day and the rest gets patchy sun,” he explained. 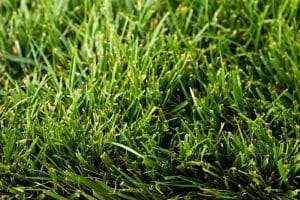 The existing forest floor had been covered in leaves and moss with no grass in sight, so the soil needed an application of lime to help decrease the acidity level and support healthy grass.

Billingsly Nursery in Raburn, Georgia, where Prosser purchased trees, suggested he consult the experts at NG Turf for sod. VP Jutt Howard recommended Rebel Supreme, a premium tall fescue, for its shade tolerance and also for its hardiness—important at an elevation of 4,000 feet. The daily paw traffic of two 80-pound dogs called for a high quality grass as well.

The homeowner says that weather quickly put the lawn to the test. “As of last week in Highlands, this zip code became the wettest in North America. We’ve had already over 115 inches of rain this year.” Fortunately the soil drains well, so the grass established beautifully despite the excess water.

Construction still continues on the cabin, but Prosser is pleased with his lush new lawn. “The yard is a big part of the house. Most people don’t bother up here in the mountains. They’ll build a deck, but they don’t put yards together like this. I was told by a couple of people that it might now be the prettiest yard in Highlands.”